In this study, effects of various environmental factors on resistance and susceptibility to mass production against two isolates of Beauveria bassiana species (AT007 and AT076) which show entomopathogenic activity under low humidity levels and low spore concentrations are aimed to compare. In that purpose, growth and sporulation of isolates in different temperatures, and resistance against UV radiation are compared in terms of tendency to mass production. Effect of temperature on colony diameter and sporulation were analyzed under 20C, 25C and 30C. To compare the UV resistance, prepared spore suspensions were spray on SDA medium. Then, the suspensions were exposed to UV (Philips 35 W) for 15, 30 and 60 minutes open cover from 30 cm distance. Tendency to mass production were determined by growing on brazen material which is commonly used in spore production and the ability of spore growth were evaluated. AT007 and AT076 isolates showed much more diameter increase under 25C temperature. Growths of AT076 isolate under 20C and 30C were found greater than AT007 isolates under same temperatures. AT076 isolate showed better spore production with 1.61x107 spore /disc under 30C and production reduced when temperature decreases. Viability of AT007 and AT076 isolates were decreased with change in exposure time of the UV radiation. Furthermore, there weren’t any viability differences between two isolates under 30 min and 60 min UV irradiation exposure. When the isolates evaluate intraspecifically, AT076 isolates which was exposed to UV radiation for 15 min, showed %44.33 germination after 24 hours, and AT007 showed %16.58 germination. According to the results obtained from mass production; number of spores per 5 mm disk area for AT076 isolate was 1.2x106 and for AT007 isolate was 1.0x106. All in all, these results shows that “AT076” Beauveria bassiana isolates have the potential to be used in biological control, resistance and prone isolate to mass production. 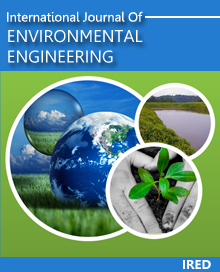