International Journal of Advances in Computer Networks and Its Security

The popularity of LTE and its entailing expansion of mobile services have led directly to the explosion of data traffic flowing through networks since LTE was launched in 2011. And as the tethering service based on LTE’s high-speed capabilities has become popular, the malicious traffic of the wired environment consisting of PCs has been flowing into the LTE network. In response to this, mobile carriers have been configuring their LTE networks using NAT and have also installed IP-based security equipment between the LTE network and external Internet network. However, the NAT and IP-based security equipment cannot detect/block attacks from within LTE networks, and are limited in their ability to protect LTE networks from abnormal traffic from the outside. This paper describes the security vulnerabilities of LTE networks and security threats likely to occur due to attacks abusing such vulnerabilities. 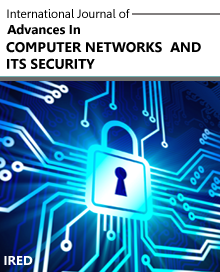