Mammography is considered as the most effective method for breast cancer screening. It is effective, but it suffers from the low positive predictive value of breast biopsy resulting from mammogram interpretation leads to approximately 70% unnecessary biopsies with benign outcomes. Recently, several computer-aided diagnosis (CAD) systems have been proposed to reduce the high number of unnecessary breast biopsies. Thus, in this paper, we propose a decision support system for helping the physicians in their decision to perform a breast biopsy on a suspicious lesion seen in a mammogram or to perform a short term follow-up examination instead. To accomplish this aim, we used a weighted Bayesian classifier. Naïve Bayesian (NB) is known to be the simple classifier and there have been so many applications in the literature. We conduct several experiments to evaluate the performance of the weighted NB on mammographic mass classification database. The experiments were realized with 5-fold cross validation test. Moreover, various performance evaluation metrics such as sensitivity, specificity and accuracy were considered. According to the experiments, the weighted NB obtained the following evaluation values. The calculated sensitivity, specificity and the accuracy values are 85.64%, 86.75% and 86.18%. Moreover, a comparison with the existing methods in the literature was presented. As a result, performance evaluating metrics of weighted NB are better than NB and many other existing methods. 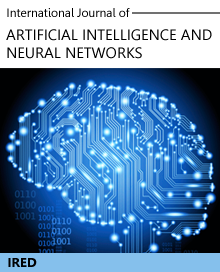