Novel Biosorbent for Dye Removal under the Influence of Coexisting Ions

With the common use of dyes and pigments in textile, tannery, food, paper and pulp, printing, carpet and mineral processing industries, they became as serious polluters of our environment as far as color pollution is concerned. Due to discharge of these effluents into natural streams, the sunlight penetration into the stream is inhibited and photosynthetic activity is reduced which directly affects the biotic life. By considering the carcinogenic and mutagenic nature of dyes, the removal of these pollutants from aquatic environments become as a serious concern. However treating of dye bearing wastewaters by conventional treatment methods is a complex problem. The most commonly used method for color removal is biological oxidation and chemical precipitation. However, these processes are effective and economic only in the case where the solute concentration is relatively high. Currently sorption process is proved to be an effective alternate for the treatment of dye wastewaters. Activated carbon is the most commonly used adsorbent for the treatment, however, this process is proved to be uneconomic due to the high cost of activated carbon and also the additional cost involved in regeneration. Thus there is a continuous search for alternate sorbent material to replace high cost activated carbon for water and wastewater treatment. In this study, TiO2 nanoparticles which were produced by low pressure flame synthesis method were loaded on macroalgae Gracilaria verrucosa biomass and used as a sorbent to remove Acid Red 131 from aqueous solutions. The effects of various physicochemical parameters on dye removal efficiency were investigated, as contact time, pH, initial dyes concentration, sorbent dosage and temperature. Besides, the potential of the novel biosorbent examined under the influence of varying initial concentration of background cations (Na+, K+,Mg2+, Ca2+) and anions (Cl−, N03 −, SO4 2−, CH3COO−) to simulate the wastewater environment. The results showed that, the biosorptive performance of the TiO2 loaded biomass was found as 93% and it has a greater affinity for the cations than the anions based on the percent inhibion on the capacity. The affinity of the sorbent material for the anions is in the order of N03 −>SO4 2−> Cl−> CH3COO− and for the cations Na+> Ca2+> Mg2+> K+. Based on the thermodynamic modelling of the process, the values of thermodynamic parameters, including ΔG, ΔH and ΔS, indicated that the biosorption of the dye was feasible, spontaneous and exothermic. The pseudo-first order and pseudosecond order kinetic models were applied to the experimental data in order to kinetically describe the removal mechanism of dye, with the first order showing the best fit with the experimental kinetic sorption data. It was also found that the sorption process followed the Langmuir isotherm model with the highest value of correlation coefficients. As a result, the proposed novel biosorbent was found to be a promising alternative under the characteristics of wastewater conditions. 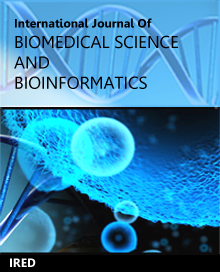